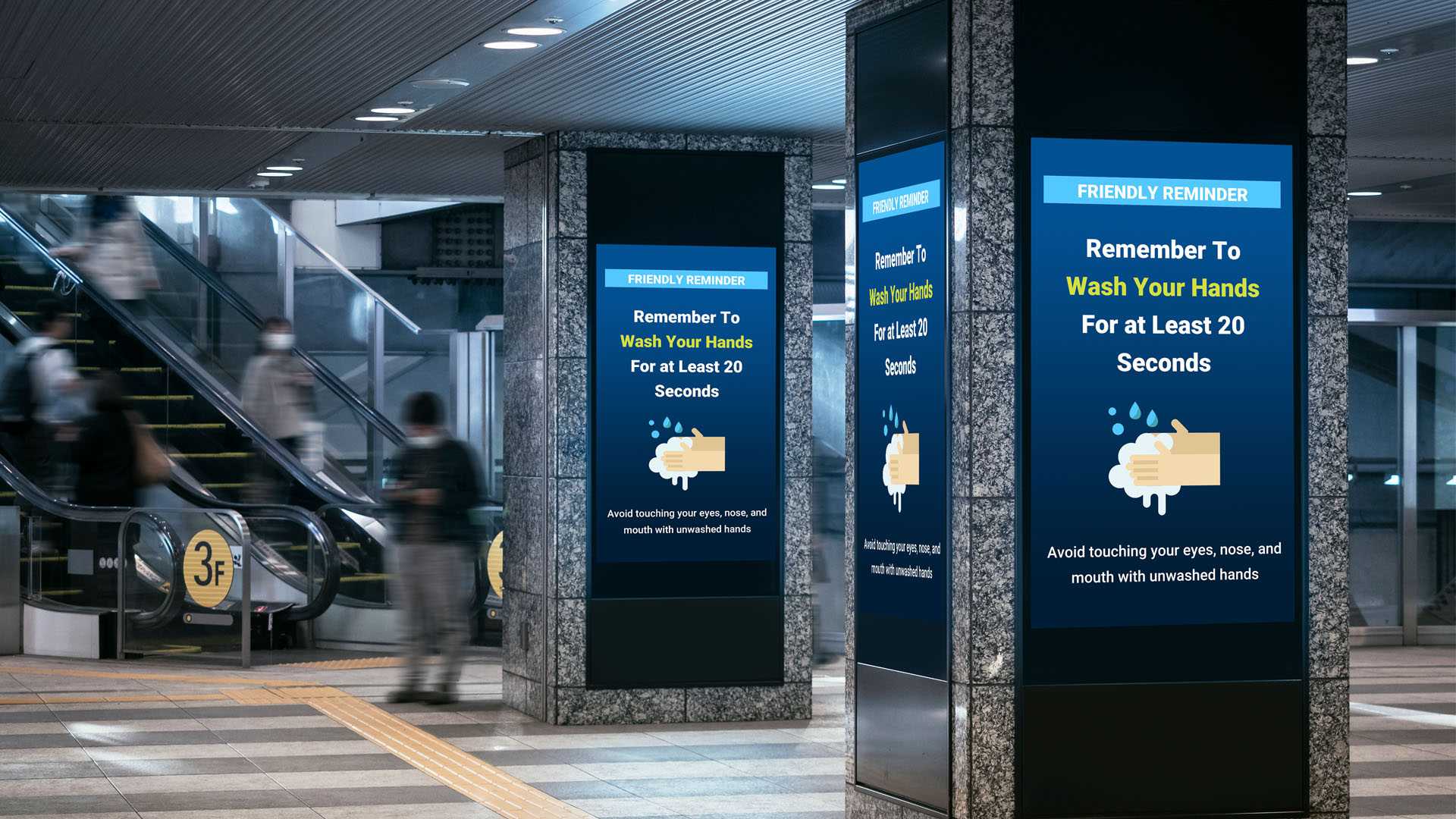 Here are the main benefits of using digital signage for your business:

Digital displays are attention-grabbing. Consumers find digital signage far more interesting and engaging than older forms of signage. Whether you’re promoting a special offer or disseminating information in a patient waiting room, people will pay more attention if you use digital displays.

2. Customers Remember What They See

Recent research found that of those who saw a digital sign or billboard, 55 percent could recall the specific message displayed every time they passed one. The same study also looked at specific ad campaigns and found that travellers who had passed digital billboards could remember specific messages from those campaigns 89% of the time. If you want to make sure your message makes a lasting impression, you need to be investing in digital signage.

3. Standing out from the Crowd

Of the surveyed customers in the study mentioned above, 71% said they felt that the advertising on digital billboards stood out more than online ads, and 46% said they were more prominent than even television ads. To quote Don Draper from Mad Men:

“Success comes from standing out, not fitting in.”

A recent study used anonymous video analytics to log the number of people who noticed both static and digital signs at multiple different locations. The number of “impressions” (that is, people paying attention) logged by the static sign peaked on its first day in place. After that, they dropped off and remained low for the remaining weeks of the study.

But the digital signs received consistently high numbers of impressions throughout the study, far exceeding the amount of impressions made by the static sign. This suggests that while it’s easy to block out a static sign after the first time you’ve seen it, it’s hard to ignore even a familiar digital sign.

During the same study mentioned above, one static sign and one digital sign, in two separate locations, prompted customers to visit a nearby help desk to receive a free tote bag. Over the course of the entire experiment, only six people took up the offer in the location with the static sign. However, a whopping 610 people went to the help desk and grabbed their free tote in the location with digital signage.

These results speak for themselves: digital signage drives people to take action in a way that static signage just can’t compete with.

6. The Industry is Growing Rapidly

The digital signage market is set to grow at an 8.94 percent compound annual growth rate between now and 2020. Retailers, advertisers, and other business people know a useful technology when they see one, and, judging by the market’s ongoing growth, it looks like they’re onto a winner with digital signage.

However, screen publishing is still under-utilized in many markets. The reason for this is that, until recently, digital signs have mainly only been used in the retail industry. Other businesses are only now realizing the huge potential of digital signage. The technology is starting to be used by schools, clinics, and even the police force. The list of organizations that could benefit from screen publishing software is virtually limitless, and it’s clear that taking advantage of this technology now will pay dividends.

Screen publishing screens are a fantastic way to promote merchandise and products, in store or out on the high street. We recently conducted our own study comparing digital signs to posters. In two different locations we set up posters and digital signs, both of which promoted certain food items. The items advertised with digital signs experienced, on average, a 49% increase in sales compared to a control period where there was no advertising. Those items advertised with static posters only saw a measly 15% sales increase. In other words, digital signs were 34% more effective in promoting specific items than traditional signs!

The landscape of business worldwide is changing. More and more companies are sprouting up offering the same products and services as the increasing competition. This is where brand awareness plays a crucial role in distinguishing your business and ensuring its success.

Digital signage has the power to make your brand stick in consumers’ minds to a much greater extent than traditional POS signage.

Digital signs have been proven to increase sales when used in a retail environment. The Nielsen Group undertook a study whereby digital out of the house (DOOH) media, which includes digital displays, was installed in a number of grocery stores. The results were astonishing: 4 out of 5 of the brands featured on digital displays witnessed an increase in sales of up to 33%!

75% of the shoppers surveyed said the digital signage caught their eye and stood out to them – 23% more than the average of people who said they noticed traditional, static signage.

There’s no doubt then that digital displays have a huge impact on sales figures. If you want to see sales increase for your brand. perhaps it’s time to consider investing

10. Screen Publishing is Easy and Adaptable

With screen publishing, it couldn’t be simpler to adjust your signage depending on your needs. You could use it during events to display a schedule, or, for internal communications, digital screens can be used to promote key initiatives or showcase exemplary work. In a retail environment, you could even adapt your screens based on the weather, promoting hot coffee in the cold, and ice creams in the heat!