A new trend of advertising has been seen at the Bengaluru few days ago. An inverted hoarding was seen of some very popular brand. Advertisement has taken a new form with the new and developing technologies. Every single change in technology leads to a new way of Outdoor advertising. People often react to new and exciting advertising very well than the common way of advertising.

According to sources, Samsung placed an order of putting Billboards of their brands with some particular hoarding company. That hoarding company remained unsuccessful in performing their duties to the mark. Even after passing of time, the work was not done up to the satisfaction and after some time the hoarding space was allotted to some political party and as a result contract of Samsung with that hoarding company was not fruitful. As the work was not done timely and properly, the Brand deducted the payment for the time service was not given properly and satisfactorily. This led to confusion between the parties and the hoarding was placed inversely.

Haresh Nayak, Regional Director, Posterscope APAC and Managing Director, Posterscope Group India has said that being the custodian of our clients and their brands, it is our duty to safeguard their brand and to take serious actions, if our Outdoor display representing our clients, is not exhibited properly or tempered or torned, because, ultimately it is our pride and work.

Though the billboard was inverted for few minutes, but it has created awareness among other brands and people. 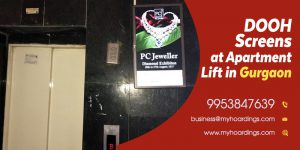 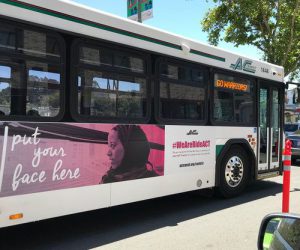 Advertising on Electric Buses in Mumbai 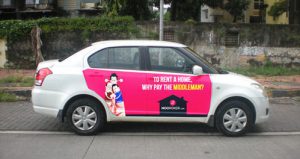 Car Branding – Know the in and out of Trendy Media 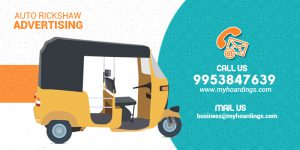