A crucial part of the National Capital Region (NCR) of India, New Okhla Industrial Development Authority, otherwise known as Noida lies in the jurisdiction of the Gautam Buddh Nagar district of the state of Uttar Pradesh and has been acclaimed to be the best city in the entire state. The city plays a pivotal role for people residing in both the regions of the National Capital Territory of Delhi (NCT) and the National Capital Region of India (NCR) as Noida classifies to be one among the richest civic bodies in the entire country due to its special status of being a Special Economic Zone (SEZ).

The entire city of Noida has the earned the acclaim of being the economy generator of the NCR of India as it produces the highest per capita income through its industrial stretch and big corporate offices. It is extremely well-connected to the other parts of National Capital Region of India through the Metro Services, the Roadways and the Delhi Railway Network and is the work place of thousands of people from all over the NCR, the neighboring states and the country.

An advertising campaign of any kind and degree is sure to turn heads of quite a lot of people in Noida and with the effort of a mall branding in Noida, the success of creating an unflinching brand image in the city is evident. The launch of a thorough advertising campaign for your brand in the malls of the city could bring you a string of benefits in the long run for your brand and company. A few of them are listed below:

There are a plethora of media advertising options in a mall. You can explore the following options for Mall Branding Services in Noida: 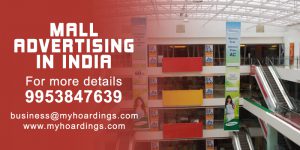 How can we promote business in Delhi malls? 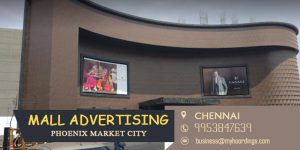