A revolutionary format for brands in the world of advertising has created much curiosity and speculations among advertisers. To clear the cloud of confusion, along with Columbia Sportswear, Google partnered to find this out.

In the past few decades, there have been huge advancements in film like Dolby surround sound, 3-D, HD and lots more. But pertaining to 260 video technologies, the main concern or question is if it will revolutionize filmmaking or not.

The high end promise of exceptional storytelling with 360 video technologies has made the brands experiment with this format. But the question remains still the same in the context of advertising, what can it really do for a brand?

Google tried to answer all these by creating a video advertising campaign around two U.S. Olympic skiers enjoying an epic season in Chile. To find out the difference between the 360 video and standard, two similar campaigns were created using TrueView. 60-second spot for Columbia Sportswear was featured in each campaign. One of the version of shot and presented in 360 video formats and the other in standard.

CTAs were included in both the ads in the lower left corner to see whether the 360 video ad drove better viewers than the standard one. To compare between both, typical metrics like viewer retention and view-through rate were checked upon.

A new metric called interaction rate for the 360 video was considered which measures whether or not the viewers engage with the functionality by tilting a mobile phone or by dragging the viewfinder on the desktop screen.

With this experiment, it was clear that 360 video has the potential to drive engagement in promising new and innovative ways. 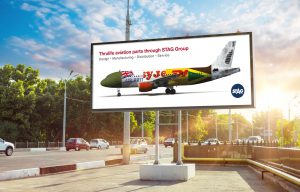