Delhi, the capital of India, is highly popular for historical monuments, big market areas, malls, food and much more. Delhi is also the most populous city of India with population of 29.596 million as of 2019.  The rise in population has paced the infrastructural, social and economic growth of the city to meet the rising demand of living space and modern facilities. The residential societies and apartments have been on a steady rise due to the inflow of large number of people from other states of India. Therefore, Delhi is also the second-highest city with inter-state population whereas Maharashtra being the first.

How Delhi apartments and housing societies pose as an impactful advertising platform?

Delhi has been housing not only the native citizens but also people who have flown from other cities to Delhi for work, marriage, business or education. The population of Delhi is a mix of urban and rural population where urban population exceeding the later. Advertising in Delhi Apartments can be highly beneficial for the following reasons:

If you choose to target a particular audience through apartment advertising, you can very well do that by selecting apartments on the basis of income level, location, infrastructural facilities and size of flats in the building. For instance if you wish to advertise a premium brand, then advertising in luxury apartments of posh areas of Delhi like Vasant Kunj, Greater Kailash, Saket etc will be the best option.

The society or apartment authorities do not allow messing up with the aesthetics of the building, therefore, only selected brands can advertise one at a time, this allows brands to advertise themselves in an uncluttered advertising environment leading to better audience attention.

The advertisements placed in the society are viewed by the residents many times in a day which leads to better brand recall at the time of product purchase. Also, unlike other mediums the ads placed at different exit and entry points in society are live 24×7, which leads to high brand exposure to target audience.

What kind of audience can we target through Delhi Apartment advertising?

What are the different type of apartments in Delhi and their audience profile?

The residents are mostly people who run their own business or have high income jobs.

Luxury apartments are mostly located at the posh areas of any city.

What are the various advertising mediums that can be implemented at Delhi apartments? 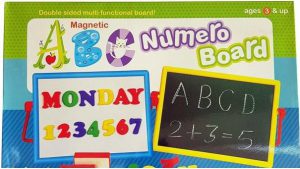