In the marketing process, advertising the business is a default practise that’s been in place since ages. The techniques and methods have gradually evolved and customized according to the outcome requirements. When it comes to digital advertisements, like radio, tv, newspapers, the reach for a massive amount of target audience is hardly possible. But, outdoor ads have allowed business owners to customize their brand message in a way they want, and they can follow the users wherever they go.

In an outdoor advertisement’s footfall is an essential factor to consider in choosing an effective method of outdoor marketing. Not only the Footfall but also the location and often how many people visit this place in regular time basis should also be considered before planning your campaign. The higher the Footfall, the more prominent would be the reach.

Railway Station is one before-mentioned location that has a massive footfall with people from various places moving from one place to another thus, promoting on railway stations with a catch ad would give any brand a magnificent reach. Railway station advertising is an unusual way through which brands and businesses can gain very high visibility in a considerably brief time.

Pune Railway Station is a junction that serves as a stop for southbound trains from Gujarat, Madhya Pradesh, Mumbai and Rajasthan. Northbound trains from Goa and Karnataka also passes through Pune. The station is the central hub for freight transportation. This station holds three footbridges with a skywalk and also it has elevator service available on the footbridge. It is said that in the future, plans are being made to upgrade this station to a world-class standard.

Advertising at train stations gives you n number of options and unique ideas. It includes advertisement choices such as Hoardings, Platform Flex boards, Back-lit panels, Foot Over Bridgeboard, Pole kiosks, and on digital screens of ticket counters. There are also other types of advertising options available at train stations campaigns such as exterior panels, glow signboards at the railway station, window top transfer stickers, etc.

The advertising space on railway platform boards and Foot over the bridge (FOB’s) of all the local train stations are also an additional ad space. Railway Station advertising media helps advertisers in influencing the target audience and creating the right impact. Approximately 2.1 million passengers travel per day – combined from western, central and harbour.

We at MyHoardings will help you manage your marketing campaigns on a single click and your only job is to dream high for your brand while we arrange everything from planning to execution. For more details, contact us at +91 9953 847639. 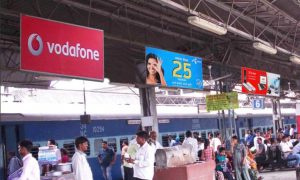 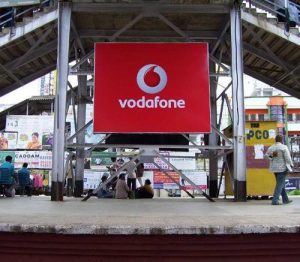