Outdoor Advertising at correct place and correct time can be more effective than the traditional media like print, television and radio. Be it digital or non-digital outdoor advertising has a powerful impact on the consumers outside the house as it talks to them on one on one basis even when they are thought to lure mass audience. Anyone who view an advertising banner, hoarding or digital screen, perceive the advertisement as an individual and takes the action accordingly. The ad might be placed at the most crowded place but everyone who look at the ad thinks that it is addressing them individually. For instance, imagine there is a chips ad on a board with a huge pack and a tag line ‘take a bite’, then anyone who look at the ad will think that it is persuading them to try it. Therefore, outdoor advertising becomes personal advertising even being a mass advertising medium.

Delhi metro works an effective medium for outdoor advertising as it observes huge footfall throughout the day. The Delhi metro run all over the city and in the NCR region covering, Ghaziabad, Gurugram, Faridabad, Noida, Ballabhgarh and Bahadurgarh. It has an average daily ridership of 42.64 lakh approximately. It covers a route of 348.12 kilometres running through 10 different colour-coded lines and covering 255 metro stations. Delhi metro is the busiest as well as the largest metro rail systems in India.

Advertising in Delhi metro is a win-win situation for advertisers as through metro advertising they can reach both large as well as segmented audience. Putting up ads in all the metro coaches can work for advertisers who wish to create mass awareness about their brand or service while advertising on metro trains that run on specific routes segmented by color-coded lines, the advertisers can target specific set of audience. The huge daily ridership comprising of people from different cultural backgrounds, financial capacities and buying behaviour can help the brand expand their reach and visibility much faster through Delhi metro advertising then through any other outdoor advertising medium.

Here are some core benefits of Delhi metro advertising:

Advertisers can take advantage of various ad formats that can be placed at the inside or outside the metro train. Few crucial advertising placements include: 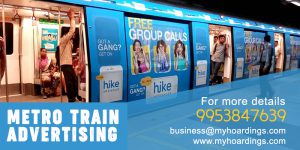 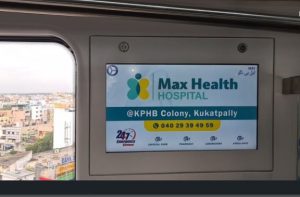 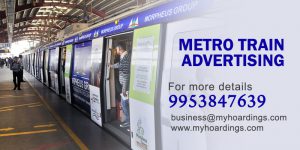 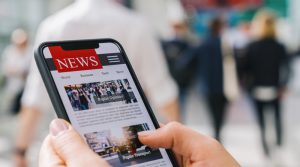 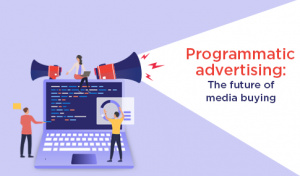 The connect between OOH and social media platforms