Gurgaon, now known as Gurugram, is a major technological and financial hub of the northern region of India. Located at a distance of 30 kilometers from the national capital New Delhi, Gurgaon serves as a major city in the National Capital Region (NCR) of India and has considerably grown over the years to become the industrial hub of Northern India. The people of the city enjoy the status of generating a per capita income which ranks third highest in the country.

Over the years, the city has not only seen an exponential rise in the number of migrations from the rural parts of the state of Uttar Pradesh but also from the other parts of the country as the city has now become a model city housing hundreds of corporate organizations and Multi-National Companies (MNCs). A creative advertising campaign in the corporate offices is therefore bound to create a strong interest in the minds of thousands of employees who spend the substantial part of the day in these offices. In a city like Gurgaon which is the industrial and the corporate center of North India, most of the revenue generated by the city is from the corporate employees.

Thus, an artistic and a moving advertising campaign will be successful in building a strong aura for the brand, an initiative which will pave the way for future businesses of your company in the city. Corporate employees in Gurgaon form the core of the consumer market in the NCR at large and will, in due time, become the harbingers of good fortune to your company as their reviews and their word-of-mouth recommendations will eventually help to expand the sales of the company in not only the NCR but in the neighboring states of Haryana, Punjab, Uttar Pradesh and Rajasthan as well.

You can take the assistance of the following media options to ensure the maximum visibility of your brand in the corporate offices in Gurgaon:

Advertising options at IT Tech Parks in Bengaluru, Hyderabad, Delhi and Mumbai 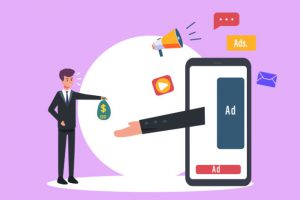 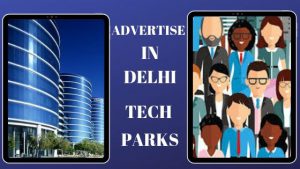