As per the FICCI-EY’s Media & Entertainment report, In-Cinema advertising will touch the magical figure of 8 bn this year. The estimated figure shows a gradual increase of 0.3 bn from the last year’s figure despite the slow down in business. The COVID-19 pandemic has hit the media and the film industry hard with the shooting and the release of the films being postponed indefinitely. The theatres and the multiplexes have also been shut down. So, while there has been a considerable decline in the physical revenues, In-Cinema advertising has managed to keep its steady climb.

The FICCI-EY report appropriately states the reasons for the profit in revenues to be long-term advertising deals. Instead of weekly or bi-weekly deals, the multiplexes and the media operators have taken on the exercise to sign 12-week deals. This is leading to greater and uninterrupted branding as opposed to the earlier deals that depended on the success of the films. Along with long-term advertising goals, the multiplexes are also actively engaging in devising customized solutions and on-ground campaigns. As a result, the deals now produce higher revenue for both the parties irrespective of the fate of the movies.

However, since the impact of COVID-19 on the Media & Entertainment industry could not be accurately calculated by the body, the estimated figure is prone to vary.

What is the size of Indian advertising industry?

What are main types of outdoor advertising?

Is Print media on the death bed when we compare it to growing Digital media?

Is Print media on the death bed when we compare it to growing Digital media?

Which sectors are the top spenders when it comes to “Out of home advertising” in India?

Organized retail being the leader in OOH ad spends is followed by Real estate, Jewelers and Hospitals.

Which are the Top 5 online news portals covering Advertising and Marketing news?

Below are the top 5 news portals covering ad, marketing and PR related news.

You may also refer https://www.myhoardings.com/blog/ for seasonal industry campaign details.

How Indian Central and state governments control that ad medium present in states?

Most of the outdoor advertising media comes under state government and local municipal bodies invite tenders at regular intervals (1 year, 2 years or more ..) in lieu of license fee.

What are the challenges faced by OOH and DOOH media owners in India?

Presence of lots of illegal media due to corruption and political influence is a constant threat to business run by legitimate media people in India. 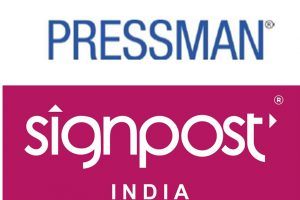 Goafest bounces back after the 2 year Covid-19 slug! 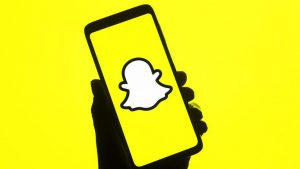 What are the facilities provided by Snapchat to Gen Z?