Advertising and branding has never seen a greater surge ever since its inception. Digital and social media has been a great ally in branding services the world over as the advent of the World Wide Web services has ushered in an era of Information Technology. India too has grown to be a major economy in the world riding high on the success of globalization and the boom in the information technology sector, but its status of being a developing country has not led to the complete fruition of the digitalization and hence, the complete mobilization of the country in the path of success.

The rural advertising market in the country too is suffering from the same issue. Though the urban areas and the smart cities in the country have progressed exponentially after the IT boom, the rural areas of the country are still unaffected by the changes brought in after the ascendance of the digital world. The rural people are still oblivious to the benefits and the ease of the digital and the social media. Therefore, business investors and companies find it hard to reach out to the rural populace of the country.

Branding in the rural areas of the country can be a quite challenging task to accomplish. The advertising agencies have to rely on the primitive ways of advertising while undertaking a rural branding project and in case of Uttar Pradesh, the rural marketing poses a lot of scope for business expansion as a major part of the population of the state are still the inhabitants of the villages which makes all the troubles worth the time and the effort.

Mentioned below are a few ways in which Rural marketing services can be undertaken in the state of Uttar Pradesh:

The key to success in rural marketing is to catch the fancy of the maximum number of people. Through interactive and entertaining branding media options, half of your battle towards achieving the goal of attaining a rural customer base will be realized. Rural marketing services have the potential to create a nationwide mobilization and sensationalization of your brand to generate an astounding brand value and consequently, yield revenue generation of a scale that will give your brand a status of being synonymous to the nation’s prestige and to its economic excellence.

FAQ’s for Rural Marketing in India

What is Rural advertising in India?

Rural advertisement consist of various brand promotional activities carried out by companies in order to enhance brand awareness and visibility in Indian villages among rural audience.

What are different types of outdoor media used to target rural audience for branding?

What are the features of rural marketing in India?

Rural markets in India, unlike their counterparts in urban  areas are highly difficult to predict, and have specific characteristics and behavior. Financially, the rural population of India is mostly mix of low and medium level varying irregular income and flow of farm income may vary as per the monsoon season.

What is rural brand promotion in India?

Rural promotion or brand activation in Indian villages primarily include set of various activities to boost particular brands visibility and awareness in remote village areas in a given geographical location.

Over years, how are Indian villages doing on average spending?

In India’s growth story of being a developing nation, villages have played an important role. Overall rural development efforts has reached villages as well and same can be seen in data of average rural household spending. Growing purchase power definitely attract brands to grow their footprints in Indian rural areas.

How MyHoardings (Jugnoo Media) can help brands make their reach to rural audience?

MyHoardings have capability and expertise to help brands build their rural marketing strategy. With vast experience in brand promotion in rural areas of India, MyHoardings can provide planning expertise and hassle free campaign execution of ad plans and branding in every corner of India.

What are the various problems brands face in rural marketing?

Despite a long growth story, challenges remain in rural marketing sector in India. Data shows that number of people under the poverty line has not reduced at the planned and expected rates. Along with that, lack of better transport infrastructure, multiple languages and dialects, low income per capita and seasonal low demand clouts rural markets with clouds of uncertainty in India.

How do you measure performance of rural marketing?

Since India rural markets remain uncertain when compared to urban counterparts, performance measurement also remain a challenging task in limited time periods. As far as Rural marketing is concerned, sustained presence in market is the key to perform in Indian villages and performance can only be verified with sales data in hand for ample period.

Do MyHoardings manage the promoters involved in rural marketing?

Yes. As an established rural branding agency in India, MyHoardings help brands to provide end to end services in rural marketing sector in India. We also provide experienced and influential promoters for interactions with villagers who can be beneficial for brands in Kiosk branding and roadshow advertising campaigns in India.

Have MyHoardings done any rural advertising campaigns in India?

Yes. MyHoardings is growing rural advertising agency in India and multiple brands have chosen to collaborate with MyHoardings to execute their rural branding campaigns in Indian villages.

What are various ways a product can be advertised in Indian villages?

What is Wall paint advertising in India?

What is Wall wrap advertising?

Wall wraps are usually considered as advanced version of wall painting, include large size flex or vinyl stickers pasted on road walls and retail areas in India. Wall wrap is an very economical and cost effective mode of outdoor advertisement and branding in India, especially in rural areas.

How can rural advertising agency like MyHoardings help to increase brand sales in India?

Growth story of Indian rural markets in past few decades is a well-known. Will rise in rural economy, increasingly more and more brands plan to increase their presence in Indian villages in order to increase company footprint and enhanced sales.

What is roadshow advertising targeting Indian villages in India?

Roadshow advertising is used to promote a particular company products and services by displaying same on vehicles and carrying vehicle in busy rural areas of India. Usually promoters also accompany the roadshows in order to explain the product details or plans to the rural audience.

How rural marketing is different from urban advertising? 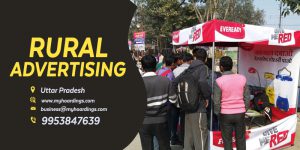 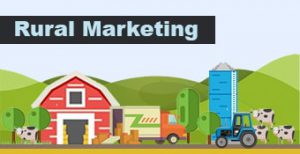 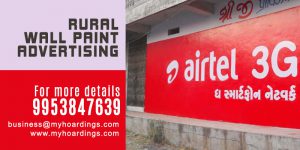